Division in the Federal Court on the Basic Structure Doctrine

The Basic Structure Doctrine, after years of development in Malaysian jurisprudence,[1] has been under siege recently.

What is evident is that the Federal Court is divided into two distinct camps, one which favours the acceptance and application of the Basic Structure Doctrine in Malaysia and another which rejects the same.

The following are the present Federal Court judges in the “Yes” camp who have either directly or indirectly indicated their support for the application of the Basic Structure Doctrine in Malaysia:

END_OF_DOCUMENT_TOKEN_TO_BE_REPLACED

Disclaimer: The following was written before the Malaysian Bar passed a resolution that “it accepts in principle that pupils ought to be protected with minimum remuneration.”

As it stands, pupils in Malaysia are only allowed to receive a remuneration from their pupil master. This is provided for in Section 12(3) of the Legal Profession Act 1976 (“LPA 1976”) which states:

“(3) No qualified person shall, without the special leave in writing of the Bar Council, hold any office or engage in any employment of any kind, whether full-time or otherwise, during his period of pupillage, but nothing in this subsection shall preclude a pupil from receiving remuneration from his master.” (emphasis mine)

Two things need to be noted at this point:

(i) The LPA 1976 is silent on the definition of “remuneration” thereby leaving it to the discretion of a master to determine how much (if any at all) a pupil should receive.

(ii) From a plain reading of the provision, it would appear that masters are not

Chapter 10 of the Rules and Rulings of the Bar Council, which touches on pupillage, is silent on this matter.

Item (i) has, unsurprisingly, resulted in “wage” inequality. In 2014, a survey by eLawyer revealed that some pupils in certain cities in Malaysia received as low as RM500 a month.[1] Meanwhile, in the Klang Valley, pupils were reportedly receiving around RM2,000 to RM2,800 a month.

As at the time of writing, the minimum wage for selected locations in Malaysia is RM1,200.[4] However, this figure only applies to employees who fall under the scope of the Employment Act 1955, the Sabah Labour Ordinance, or the Sarawak Labour Ordinance.[5]

END_OF_DOCUMENT_TOKEN_TO_BE_REPLACED

Asylum Access Berhad (Asylum Access Malaysia) and Aimal Sdn Bhd (Amnesty International Malaysia) [collectively referred to as “the Applicants“] recently filed a judicial review application against the Director General of Immigration, the Home Minister, and the Government of Malaysia[1] over the planned repatriation of 1,200 Myanmar nationals (“Impugned Decision“).[2]

The Applicants successfully obtained an interim stay of the repatriation on 23rd February 2021[3] but the success was shortlived as, on the same day, 1,086 Myanmar nationals (out of the 1,200) were nevertheless repatriated by the Immigration Department in collaboration with the Royal Malaysian Navy, National Task Force, and the Myanmar Embassy.[4]

The interim stay has since been extended until 9th March 2021, the date on which Yang Arif Dato’ Sri Mariana binti Haji Yahya will deliver her decision on whether the Applicants should be granted leave to proceed with their judicial review application.[7]

END_OF_DOCUMENT_TOKEN_TO_BE_REPLACED 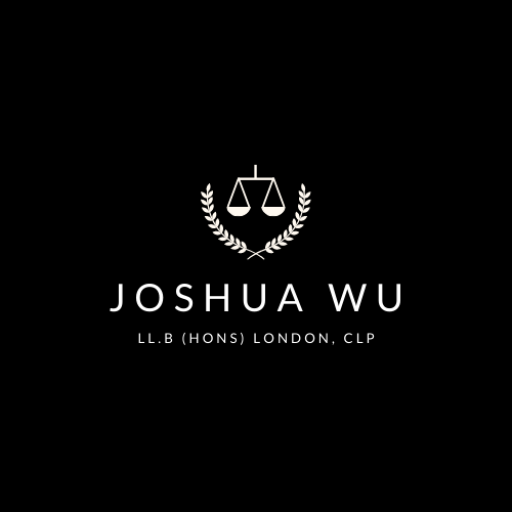 Where the Court of Appeal in Westech Went Wrong

The Court of Appeal in Westech Sdn Bhd (in voluntary liquidation) v Thong Weng Lock (as surviving partner of Thong Kee Trading Co) [2014] 3 MLJ 427 [“Westech”] was confronted with the question of whether the leave of Court is required for a party to commence/proceed with any action/proceeding against a company after the commencement of a members voluntary winding up.[1]

The Court of Appeal answered the question in the affirmative and its decision was premised upon the following:

“[34] In our view the language in s 263(2) of the Companies Act 1965 is patently clear that no action or proceeding is to be commenced or proceeded with against a company after the commencement of a winding up is made except with leave of the court. The section makes no distinction between a voluntary winding up by members of the company or winding up by a creditor on the ground of the company’s insolvency.”[2] (underline mine)

263 (2) After the commencement of the winding up no action or proceeding shall be proceeded with or commenced against the company except by leave of the Court and subject to such terms as the Court imposes.”

However, the Court of Appeal in Westech went wrong when it failed to take into account the relevant sub-divisions and relevant sub-section of the CA 1965.

END_OF_DOCUMENT_TOKEN_TO_BE_REPLACED

Is the suspension of Parliament during an Emergency, unconstitutional?

Mr. Hassan bin Abdul Karim, the Member of Parliament for the Pasir Gudang parliamentary constituency, has argued that the suspension of Parliament “… is illegal and unconstitutional. It must be challenged and oppose.”[1]

With all due respect to my learned friend, his contention is misplaced.

Article 150(2B) of the Federal Constitution provides as follows:

“If at any time while a Proclamation of Emergency is in operation, except when both Houses of Parliament are sitting concurrently, the Yang di-Pertuan Agong is satisfied that certain circumstances exist which render it necessary for him to take immediate action, he may promulgate such ordinances as circumstances appear to him to require.” (emphasis mine)

In light of the above, as at the time of writing, it can be concluded that both Houses of Parliament are not sitting concurrently.

Therefore, in view of the Proclamation of Emergency which was published in the Federal Gazette on 12th January 2021,[6] pursuant to Article 150(2B) above, the Yang di-Pertuan Agong (“YDPA“) is constitutionally empowered to “promulgate such ordinances as circumstances appear to him to require.”

This would include an ordinance which provides for the suspension of Parliament, which was in fact done in Clause 14 of the Emergency (Essential Powers) Ordinance 2021.

Article 150(6) of the Federal Constitution provides that, as a general rule:

“… no provision of any ordinance promulgated under this Article, and no provision of any Act of Parliament which is passed while a Proclamation of Emergency is in force and which declares that the law appears to Parliament to be required by reason of the emergency, shall be invalid on the ground of inconsistency with any provision of this Constitution.” (emphasis mine)

This means that constitutionally, the YDPA can promulgate ordinances which are inconsistent with other provisions in the Federal Constitution. If the YDPA does so, such ordinances will not be invalid.

As such, even if Mr. Hassan bin Abdul Karim were to mount a legal challenge against Clause 14 of the Emergency (Essential Powers) Ordinance 2021, it appears unlikely that the Courts would declare the Clause invalid/unconstitutional.

The Federal Constitution goes even further, in Article 150(8)(b)(iii), to provide that “no court shall have jurisdiction to entertain or determine any application, question or proceeding, in whatever form, on any ground, regarding the validity of … any ordinance promulgated under Clause (2B).”

The Federal Constitution expressly ousts the jurisdiction of the Courts to determine the validity of any ordinance promulgated under Clause (2B), which would include the Emergency (Essential Powers) Ordinance 2021.